In Defense of American Public Schools 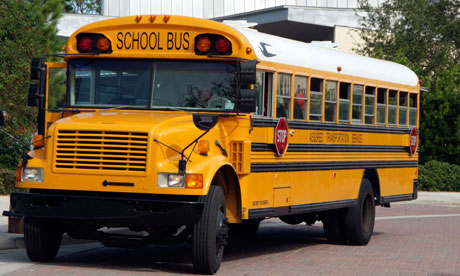 One of the favorite things that United States citizens like to complain about is American public schools.  John Dewey poisoned our public school systems in many ways (a whole different issue).  However, what really goes too far is when we compare ourselves unfavorably with foreign nations like Japan, Korea, Finland, and  Germany.

Japanese, Korean, Finnish, and German students typically score significantly higher on their TIMSS and PISA tests in math, science, and reading.  This will lead to politicians frequently complaining that we are “falling behind” in the “global economy.”

This alleged weakness on the part of our public schools typically is used to justify aggressive federal intervention in education (yes, I am looking at you, George W. Bush and Barack Obama).  Typically these interventions centralize power, violate the 10th Amendment, and disregard the Catholic social teaching on subsidiarity.

However, it is obvious that this alarmist view of a United States education is based on flawed assumptions.  The countries that outperform us funnel a large amount of their low-performing students (in Germany, for example, it is 2/3 of the students) into “vocational education” programs.  These people are trained in a more menial skill (like mechanics) so that they can provide low-level work to the economy in an efficient manner.

The only people that take the TIMSS test in these countries are people who the government deems ready for specialized work in math and science.  Thus, the American students (all of them) are being matched against the best math and science students in the other respective countries.  And, in light of this fact, many researchers believe that the American students do the best job in the world.

At the heart of the issue is a disagreement about the nature of education.  Vocational educational philosophy looks on a student as an investment by the economy for the economy.  They would not want to over-invest in the wrong students.  Thus, the governments design systems where they can weed out students unworthy of a liberal arts education.

American educational philosophy believes that it has a duty to arm each student with a liberal arts education that will serve them wherever their career and life lead them.  All students learn Science, Literature, History, Math, and Politics.  Americans believe that no student is unworthy of investment because every student will ultimately be the citizens leading this great nation.  If that results in too many bus drivers having insight into Shakespeare then so be it.  It is worth the cost to allow the bus driver to have the insight to govern this country and follow whatever career opportunities become available to him.