How Ecumenism Is Vanquishing the Culture of Death

Posted on November 30, 2011 by The Catholic Populist 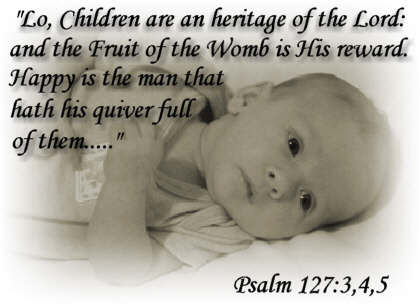 SSPX has for now rejected reunion with Rome, citing Ecumenism, Collegiality, and Religious Liberty as non-doctrinal compromises with modernity that trouble them.

Vatican II essentially endorsed Populism as a legitimate form of governance and one in which Catholics could participate and in which the Church could exist with a clear conscience.  There is no question that the modern Populist State envisioned by the Declaration of Independence forswears any theological expertise beyond its belief in a monotheistic God who bestows Natural Rights and Natural Laws.  Unlike Christendom, the State has no theological expertise with which, for example, they could prosecute heretics.

Until 1930, every Christian denomination in the United States had an unquestioned commitment to the Natural Law.  However, in 1930, at the Lambeth Conference, the Anglican Church endorsed contraception as a moral option and thereby rejected the Natural Law.  This created a crisis in the Protestant Churches.  One by one, they all rejected the idea that sex requires unconditional love.  This rejection of the truth made them increasingly blind to the truths of the Natural Law.  By the 1970, virtually every Protestant denomination in the United States had endorsed legal abortion.

In 1971, the Southern Baptist Convention, the largest and most influential Evangelical denomination issued the following resolution:

“WHEREAS, Christians in the American society today are faced with difficult decisions about abortion; and

WHEREAS, Some advocate that there be no abortion legislation, thus making the decision a purely private matter between a woman and her doctor; and

WHEREAS, Others advocate no legal abortion, or would permit abortion only if the life of the mother is threatened;

Therefore, be it RESOLVED, that this Convention express the belief that society has a responsibility to affirm through the laws of the state a high view of the sanctity of human life, including fetal life, in order to protect those who cannot protect themselves; and

Be it further RESOLVED, That we call upon Southern Baptists to work for legislation that will allow the possibility of abortion under such conditions as rape, incest, clear evidence of severe fetal deformity, and carefully ascertained evidence of the likelihood of damage to the emotional, mental, and physical health of the mother.”

The SBC, along with Evangelicals and Mainline Protestants across the nation, was lobbying for radical liberalization of abortion law.  If a mother can kill her unborn baby due to her emotional health, then abortion on demand is essentially the law of the land.

Although Protestant denominations are very decentralized and hard to pin down theologically, it is safe to say that in 1970, 5 years after Vatican II, Catholics were the only truly pro-life Christian denomination of any size or influence.

The pro-life movement was made up only of the Catholics true to the  their Faith.

Ecumenism served the purpose of reaching out and creating a dialogue with the two other significant branches of Christianity — Protestantism and Orthodoxy.  The Orthodox have a special emphasis on staying true to the ancient tenets of the faith.  As a result, they were less tempted by the idea that truths change over time and morality evolves with the age.  They have been stalwartly committed to the Natural Law espoused by early Christians.  In fact, it is very difficult due to their structure for them to hold any dialogue with the modern world because dogma-setting ecumenical councils have not been called since the fall of the Byzantine Empire.  Without an Emperor, they have had no Councils since 1351.

In dialoguing with the Catholic Church, Protestants became increasingly organized in their Theology.  Evangelicals internally began to seriously tackle the issue of Natural Law.  In 1980, the Southern Baptist Convention had passed a Resolution condemning legal abortion.

Since 1980, the pro-life movement has increasingly featured a Catholic-Evangelical alliance.  Together, Catholics (24%) and Evangelicals (26%) make up the majority of Americans.  The failure of Mainline Protestantism to dialogue with  the Natural Law has resulted in deterioriation (18%) in membership and a corresponding surge among religiously unaffiliated (16%).

The Populist State needs to understand Natural Law.  Before Vatican II, Catholics engaged in no dialogue with Protestants or Orthodox.  As a result, the Left established increasing influence over the Protestant denominations via the Anglican Church.  Now, the influence of the Left over Christianity is deteriorating within Christianity.

The pro-life movement is ascendant thanks largely to Ecumenism.

With diligence and determination, victory may be close at hand.